For our Easter long weekend we visited both Snowdonia National Park & Anglesey. We experienced the full range of UK weather but still enjoyed some great hiking and some lovely local food in the pubs we dined in. Read on for the full trip report.

We left London on Thursday evening headed for Snowdonia North Wales. Snowdonia was the first Welsh National Park, designated in 1951. We had booked Snowdon Lodge in Tremadog which just happens to be the birthplace of one Thomas Edward Lawrence, better known as Lawrence of Arabia.

On good Friday morning our walk was to the summit of Snowdon. We parked at the Rhyd Ddu station car park. This train track is used by steam trains which is another great way you can experience Snowdonia National Park. Our route would take us up the Ryhd Ddu path and down the Snowdon Ranger path. Being late March most of us were dressed in winter coats but at least it was dry with some great visibility. 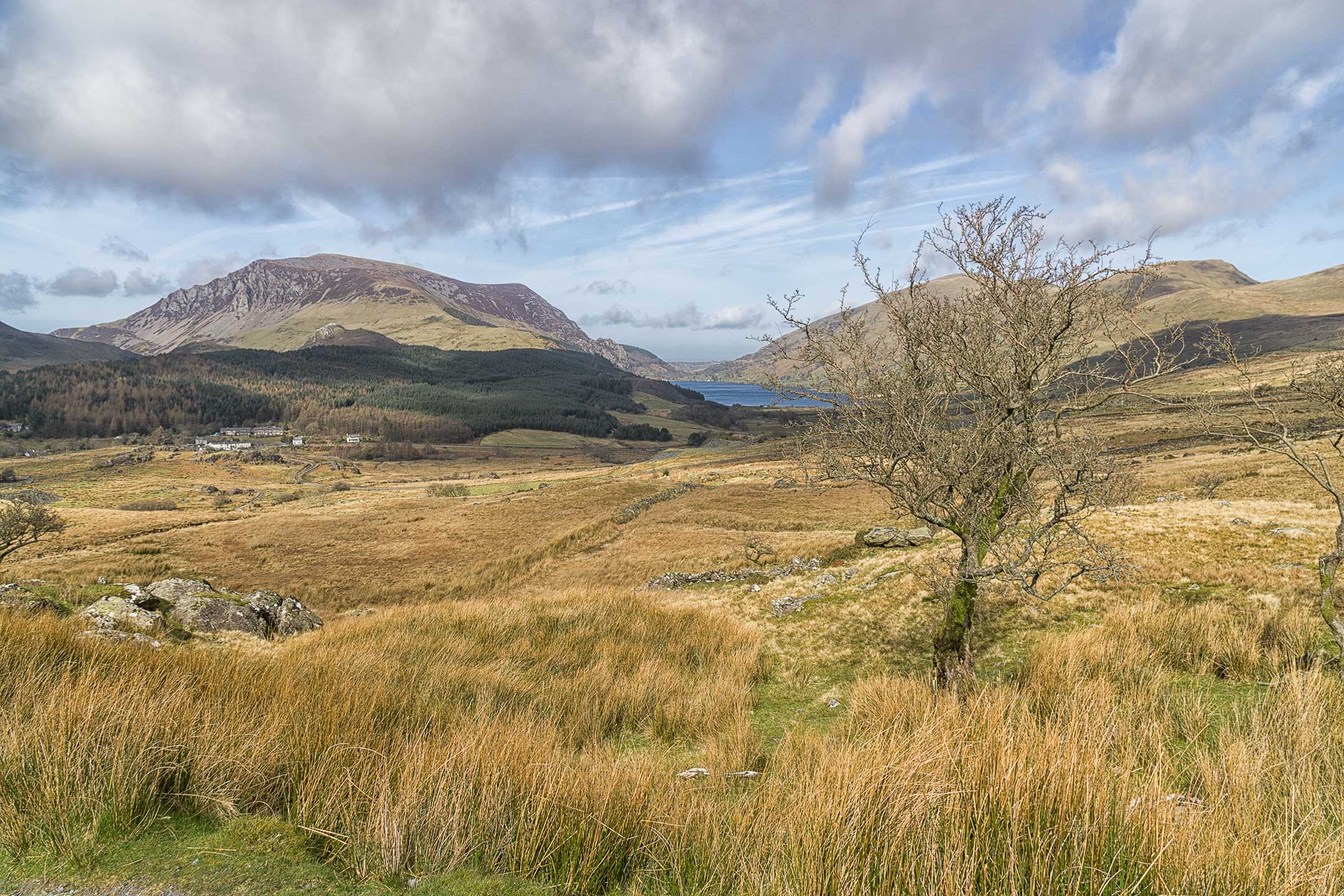 Looking back as we ascend from Rhyd Ddu path

SOME SNOW CLOSER TO THE SUMMIT

As we gained height we encountered a tiny amount of snow on the ground. It was certainly no more than you would expect for this time of year and nothing to concern us. We were a large group of over 30 people, some attending a trip for the very first time. As is often the case with large groups some were making quicker progress to the summit than others.

I was keeping with those at the rear of the group and taking the opportunity to take photographs of the views around me.

“Being late March most of us were dressed in winter coats but at least it was dry with some great visibility”.

The Rhyd Ddu path is not only one of the most stunning routes to the top of Snowdon, it’s also one of the quietest. As we neared the summit though we encountered lots more people. It was still too early for the train to be operating and as such the cafe at the top was closed. I’m not really a fan of large buildings on the tops of mountains but had it been open I’m sure many in the group would have taken the opportunity to use the toilets.

After we finished our lunch it was time to descend. The Snowdon Ranger path was clearly marked on the ground, visibility all the way back to our start point. On the way back to the hostel some of us stopped in Beddgelert for a cheeky ice cream at Glaslyn Ices.

Unfortunately the Friday was to be the highlight of the trip weather wise. On Saturday there was heavy rain which led us to do a low level beach walk in Anglesey. This also gave us the chance to visit the town with the longest name in the UK, Llanfairpwllgwyngyllgogerychwyrndrobwllllantysiliogogogoch.

On Sunday we hoped to do Tryfan and the Glyders but again the rain was torrential. In the end we did a low level walk from Betws-y-Coed, far less dramatic but scenic nonetheless. In the evenings we had bookings at local pubs. I was particularly impressed by the food and service at The Union Inn on Market Square in Tremadog.

Monday some drivers and their passengers decided to head off early back to London. The weather Monday was actually pretty good so some of us visited Portmeirion before heading back to London.

Snowdonia National Park is rightfully a popular destination for the group. We always visit on one of the bank holiday weekends and it’s not unusual for us to visit at least once more each year. If it’s a location that interests you keep an eye out for our next adventure there.